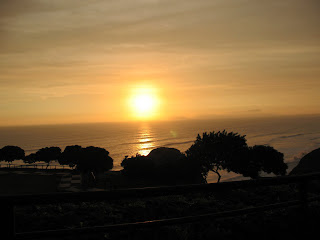 There is a park near our house that I really love. It's called the "Malecon," which is a type of boardwalk. In this case, the boards are a nicely poured concrete sidewalk. I go there sometimes to roller-blade with Colton or to pray. It’s a really great spot for sunsets. One morning, I was there doing my devotions (prayer, Bible reading and journaling). I started talking to an older man who said that there was no difference between Christians, Muslims and Jews. He went on to say that missionaries are like bread salesmen who are hawking the same product. He said, "There are three different bread salesmen on the street and they each have the same bread, but each of them is saying that his bread is better." He went on to say, "All of the bread is the same!" He was, of course, talking about different religions. 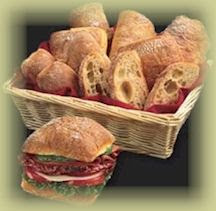 When I asked that, he suddenly had no interest in sharing his philosophy of missions with me. He immediately excused himself and walked away quickly.

I would like to state for the record that Islam, Judaism and Christianity are not the same piece bread. To have a personal relationship with Jesus, the Jewish Messiah, and to be filled with the power of His Holy Spirit, it way better than all the other breads combined!
One last tidbit: In Peru, we eat a lot of Ciabatta bread. It is an Italian bread that is sometimes called “slipper bread,” because of its shape. It is really delicious. Ciabatta bread is better. If you see three guys selling bread, buy from the one who is selling Jesus as Messiah...or, the one selling Ciabatta bread.

Email ThisBlogThis!Share to TwitterShare to FacebookShare to Pinterest
Labels: Devotions, Life in Peru, Pictures of Peru, Tastes Like Chicken

Great post! And great analogy to use with ppl who think that all religions are the same.