The Fun and the Folly 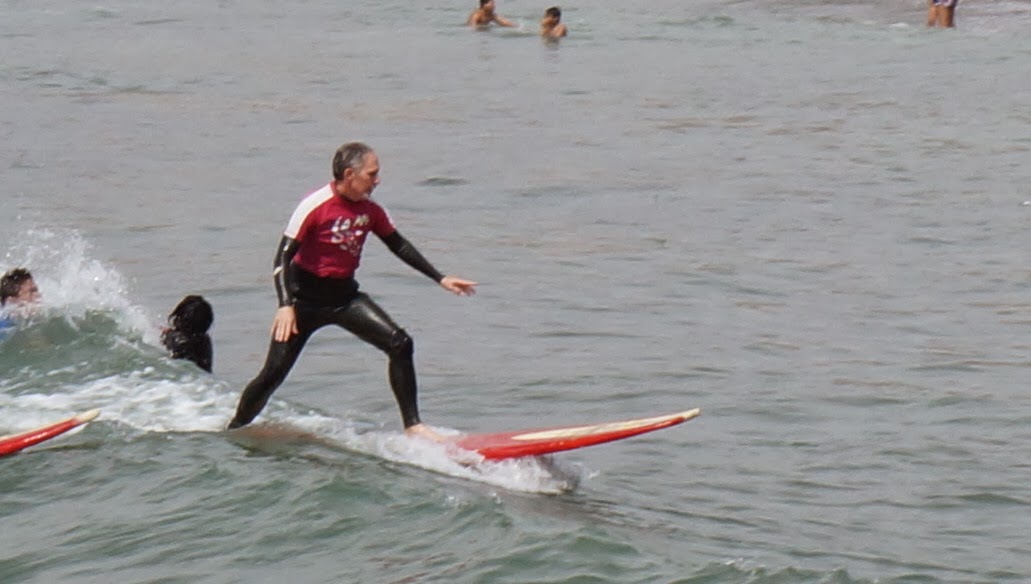 This one is from Bill:

It was a dark night in a strange town. I was in the mountain town of Ayacucho, which means “Corner of the Dead.” It is a town well known for spiritual warfare and is the same town where my transmission died in November. So, now I want to rename Ayacucho to mean “costly town” or even “Ouchy-cucho” (which is what Charo, the famous flamenco guitarist, says when she hears how much it costs to fix a transmission). Colton, Willy and I went there to give out Christmas gifts to students and orphans in our Latin America ChildCare program. We finished giving out the gifts and were heading for the bus station. The street was really dark and on a steep hill. As I crossed the street, I stepped onto a storm sewer grate that was broken. My leg went through a separation in the iron bars and I fell with my leg trapped in a small shaft. It was horribly frightening and left me crying out, “Oh God, Oh God, Oh God!” I also said some other things that might be translated to mean, “Oh no! Wow, what a surprise!” and “Oh boy! I wonder how deep this shaft is and if I’m going to survive!” Colton and I were sure that my leg was broken; but after I pulled it out of the hole (with help from equally frightened bystanders), I was able to walk. The only apparent damage was that my shin was scraped and bruised.

Two weeks later, still bruised but able to walk without pain, I found myself in the city of Trujillo, doing ministry with my friends Shawn and Melissa Pallotta. We went to Trujillo to do a retreat for college students and people involved in Campus Ministry. (College students + prophetic friends = my favorite kind of retreat!) Trujillo is on Peru’s northern coast and is famous for surfing and the pastor we were working with (Jhonatan Boulangger) loves to surf. So, with a few hours of free time before our afternoon session, we hit the waves. I got up right away and rode many successful waves that day. When I was taking off my wet suit, I noticed that my ankle was swollen. I thought it was from a bug bite and didn’t think much of it. A week later, back in Lima, I noticed that my leg was really swollen, again. After chatting with some friends about it, I finally came to the realization that it may have been a good idea to get my leg X-Rayed after that fall in Ayacucho. Sure enough, the leg was broken. The doctor showed me the X-ray and said that the Fibula (the smaller of the two bones in your lower leg) does not support your weight—which is why I was able to walk. He then explained that surfing with a partially healed fibula was the broken bone version of grinding your teeth together—thus producing a dumbfounded missionary with a swollen leg. So, that is the fun and the folly. Surfing with friends while on a retreat for college students was the fun part. But, surfing on a broken leg is great folly, no matter how much fun it is. Since the Fibula was already healing (and it’s really hot here), the doctor opted against putting it in a cast. I have to put my foot up for a week and give it a chance to heal. It’s actually working out well for me. Being forced to sit still has given me a chance to focus in prayer – which sometimes leads to an unintentional nap! And we all know that that is what my leg needs to heal.

P.S. I posted the picture at the top of the page to try and make it look like I'm in control. The picture directly above tells a more complete story. You can see from the wake behind my board that I had just cut off Colton. I was heading straight for the folks to my left and had to swerve to avoid wacking them in the head. So, I cut to the right and screamed, "Colton, look out! I can't steer this thing!" Thankfully, Colton ditched out on what was turning out to be one of his best waves of the day. My son gave up his "glory wave" so that 1) his dad would look good riding all the way to the shore, or 2) to save his life!

P.S.S. 40 years ago, my mom and dad planned a trip to Hawaii to celebrate my father's 50th birthday. He was really looking forward to surfing. Just before they were to leave, my father had the first of a long string of heart attacks. He never got to Hawaii and never got to surf. Now, whenever I get in the big waves (whether I'm surfing or boogie boarding), I dedicate the experience to dad.

P.S.S.S. For those who might be tempted to think that by surfing, we're living "high on the hog," I'd like to clarify two points: 1) We don't even own a hog, and 2) it only cost me $12 to really damage my partially healed leg.
Posted by Bill and Lena Shrader at 2:19 PM No comments: