I, Lena, did not learn how to drive at the traditional American age-- 16. No driver's ed for me. Why? I am not sure. But the responsibility of driving truly frightened me. I was afraid of wrecking the car, of hurting someone else. I was 24 years old when I finally learned to drive, at the "strong encouragement"of Bill when we were engaged. That is one of the reasons I really love him. He never lets me sit in my little room of fears, but throws open the door and helps me get on with it.

Fast forward quite a bit of time and mommy carpooling, long distance driving, and now to crazy Peruvian traffic. We took a team from the States on the road this past weekend, and I had a harrowing passing experience. It left me a bit shaken. I have found everything since then to be a bit of a trial.

But yesterday, as I was talking to one of the team members about my nervous state, I remembered a dream I had while we were in Costa Rica in language school. My father-in-law had recently passed, and I had heard some things about traffic in Lima and that it was a very dangerous city for pedestrians. I had found myself very worried about our children. I dreamed that I was walking down the street, and Abi was at my side. I had her hand, but even so, she was a little extended out into the traffic, and a car nearly hit her. In the dream, I continued on, very shaken, but trying to pull myself together. Arriving at our apartment, I walked in to find the rest of our family and---Bill's parents home (you know how the dream thing goes). I was surprised, but not nearly as much as when my father-in-law walked out of the bathroom. We were all in shock, not knowing what to say, and Bill made a joke-- something about, "So, is that where you have been all this time?!!" He looked at us, very intent and sincere, and urgently said, "You have to be fierce; like lions!!"

That was the end of the dream. I am so thankful to the Lord for his reminder that I need to be fierce. The definition of fierce implies an intensity that has a wild side to it. Fierceness is something that comes from the gut-- a strength that is all about busting out, not about tucking yourself away to make sure you are out of harms way. Fierce is a mom protecting her kids; a split-second decision to ford the waterfall careening over the highway on your way to share the gospel. There is no giving up of ground, but a taking of new ground. Retreat is nowhere in sight.

We all have moments--even split-second ones--when what is inside us is tested, and we can cower or pounce. Cowering involves inviting fear in to tea, and pouncing requires us to steel ourselves, push the mute button on all the voices of doom, and go for it. I am really working on accepting that this life-- in the States or abroad--requires me to step up and be fierce---like a lion.
Posted by Lena Shrader at 10:44 AM 2 comments:

Email ThisBlogThis!Share to TwitterShare to FacebookShare to Pinterest
Labels: Devotions, Memories of my father

Here's the text of our latest Newsletter. You may recognize the praise report from a previous blog entry ... It's a priase report worth repeating: 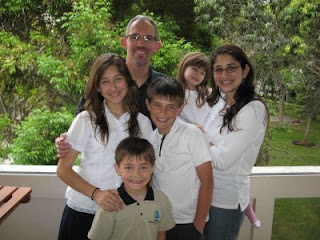 Lena and I want everyone to know that it’s really hot down here and we’re very happy with that! Also, thanks for partnering with us to spread the Gospel in Peru. Thank you!

We have a prayer request and a praise report:

Prayer Request: We ask for prayer because we’ll be hosting a missions team from Wilmington College. They arrive late tonight (March 5th). Tomorrow morning we’re leaving early, driving over the tops of the Andes Mountains and ministering in the town of Ayacucho. Please pray for an evangelistic anointing, good attitudes and safety (especially since there is snow and rain in the mountains). 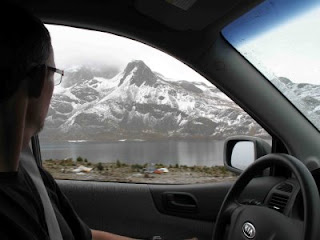 Praise Report: In July, we hosted a missions team from my home church (First Christian Assembly, in Cincinnati, Ohio). At the end of one of our services, we prayed for a young girl who had constant headaches which were caused by a brain tumor. When the team prayed for her she was healed! Apparently, the girl's family has known for some time, but nobody told the pastor until recently. When he asked her when it happened, she said, "I was healed the day that team from the states prayed for me."

Praise the Lord -- He answers prayers!

Much love in Christ,
Bill
Posted by Bill and Lena Shrader at 4:02 PM No comments: