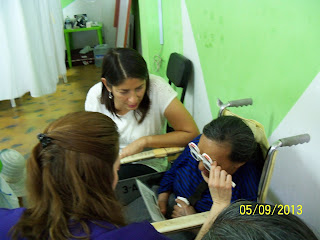 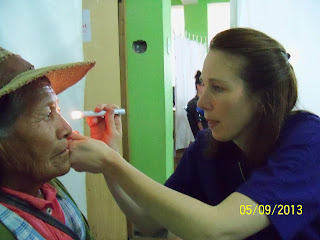 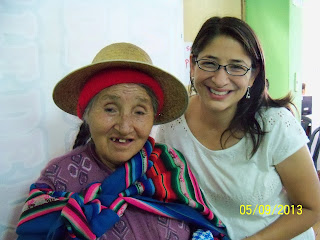 I had to have a pic with this lady.  She was a hoot along the lines of the woman with the unjust judge and begged us for help when we told her we didn't think we had the right lenses for her grandson. Praise God, we found something that worked! 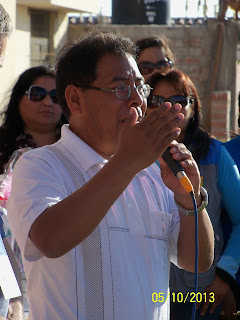 The mayor of Chen Chen (burb of Moquegua) officially thanking us for coming at a Mother's Day event just outside of his office which we transformed into a clinic for five days.  He also joined us for our end-of-clinic banquet.