From Bill: I'm reposting this, having had problems previously.

Last month I had a very disturbing dream which I’ve not been able to forget. I dreamt that I was in a room in a high-rise building. There were other people in the room with me. My journal (a steno notebook) was pulled out of my hand by an invisible force—as though it had been jerked up by a hook and line. It hit me in the chin, shot up to the ceiling, then out the window. I and the other people in the room (friends) ran to the window to watch as the journal fall. We were very high in the building, allowing the journal fall a long way. I cried out to the Lord, “It’s my journal!” By that, I meant that I didn’t want to lose all of the insights and memories that I had written there, along with the part God was taking from me. (I obviously thought, in the dream, that it was the Lord who ripped it from my hands. The fact that I was hit in the chin makes me wonder if he wasn’t scolding me for something inappropriate that I was saying.) I and my friends watched as a gushing wind caught the falling notebook, blowing it up and down. Pages were torn from it by the wind and blown back into my hands. I had received back the meaningful reflections. The rest was lost. Then I awoke.

I think the dream was from the Lord. The interpretation that follows is mine. I’m not sure that I’ve got it right. I think the journal represents the heart, that I had put stuff in my heart that was displeasing to God. I think that I had written something against another; i.e., dissing someone in my journal (and therefore in my heart). God ripped the journal from me and separated my proper reflections from those that were sinful. God is in the business of blowing on our hearts, just as the wind separates the wheat from the chaff. The dream was violent. I’d put something in the journal that was knowingly wrong and I was, I think, sharing it with my friends. I think I was deriding someone. God then pulled the journal from my hands and it hit me in the chin. I could have let go of the journal and not been hurt, but I was clutching on tight. It’s better if we never write these things in our hearts. But once we have, we still have the choice to give them over freely. If we do not, God will wrench them from us. Some hold on with a tight grip and end up getting hurt—fighting God. It’s better to let Him take it. In the dream, I think it was a negative perception or grudge I was holding against another. Perhaps it was unforgiveness, hate, pride, or jealousy.

1Ch 28:9b says, “the LORD searches every heart and understands every motive behind the thoughts.” Also, in Rev. 2:23b, Jesus says, “I am he who searches hearts and minds, and I will repay each of you according to your deeds.” Finally, in Luke 3:16-17, John the Baptist gives a brief job description of the Messiah, telling the crowd, “I baptize you with water. But one more powerful than I will come, the thongs of whose sandals I am not worthy to untie. He will baptize you with the Holy Spirit and with fire. His winnowing fork is in his hand to clear his threshing floor and to gather the wheat into his barn, but he will burn up the chaff with unquenchable fire.”

In the Luke passage, above, the word fire is a reference to judgment and purification—just like what happened to the pages of my journal. I’ve asked the Lord to reveal to me that which I must repent of. If it’s a choice of being wheat or chaff, I’m going with the wheat. Also, if I’m harboring hatred or malice in my heart, I want it out. It will only suck you dry. Pray for me to pass through this purification. I must confess that the dream was very disturbing and bothered me for days. In early Pentecostal churches, there was a place down front were people went to repent of their sins. It was called the mourner’s bench. It looks like I have an appointment there. If anyone wants, I’d be happy to have some friends go to the mourner’s bench with me.
Posted by Bill and Lena Shrader at 8:07 PM 3 comments: 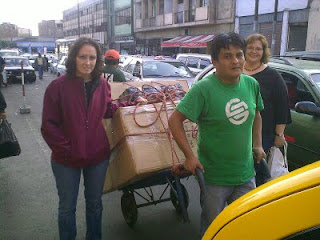 Buying Christmas gifts for 1500 poor kids is both fun and hard work. To accomplish our task within our budget, we went to the "bowels of Lima!" (It's important to say this like a dramatic movie announcer.) The "bowels of Lima!" is the dark underbelly of the city's merchandising district. My helpers were Phyllis Rose, a missionary who works with us in the Latin America ChildCare office, and Katrina Frazee, one of our Chi Alpha Alumni who is also a U.S. Missionary working in the National Offices of Chi Alpha. Katrina was down for a week scouting out new places for Chi Alpha students to "give a year and pray about a lifetime!" During her week with us, she visted the jungle and "the bowels of Lima!" Here, Katrina and Phyllis are following our helper cart gifts back to our Speed the Light van. The traffic was heavy, so the guy just ran in the street with the cars. You can see a video of it on our YouTube bar at the right.

You never know what you are going to find in the "bowels of Lima!" Below, are two photos of something that everyone needs: A rotating, lighted pop/beer can, with the image of the last supper. This is to remind us all that Jesus refreshes a weary soul. 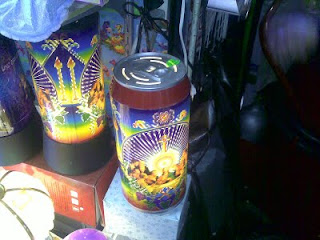 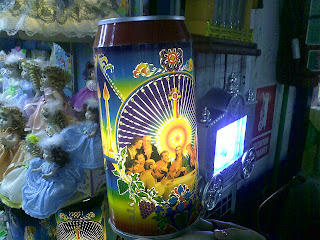 Over the mountains with Mike 2 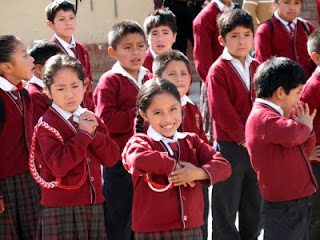 Mike Files and I went to Huancayo, to check out a school for LACC. Huancayo is at 10,800 feet--twice the altitude of Denver. The families of these children earn about $100/month.

To see the complete collection of photos from this trip, please check out the link for "Bill and Lena Pics" (at right) or follow this link:
http://picasaweb.google.com/BillandLenaPics/ 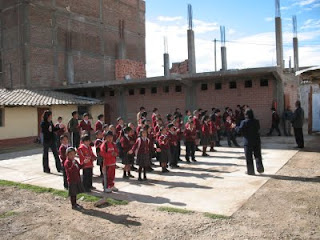 The school day always begins by lining up, singing a song and saying a prayer. 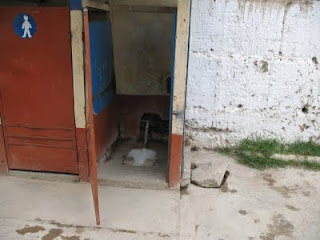 The bathrooms are ... rustic. Below, the kids line up their writing/art supplies on the window sill. 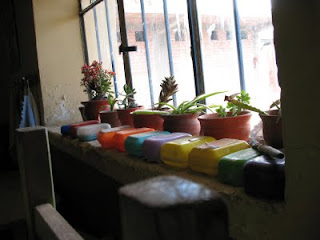 Posted by Bill and Lena Shrader at 2:20 PM No comments:

Over the Mountains with Mike 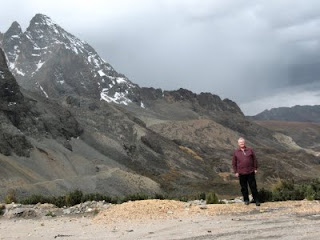 My friend, Mike Files, is South American Director of LACC (Latin America ChildCare). He and I traveled over the Andes Mountains, at 15,000 feet, to visit Huancayo, Peru. Here's a shot of Mike near the top of our journey. 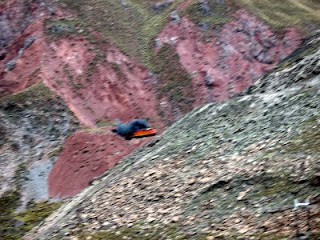 This is a shot of a train coming out of a mountain tunnel. 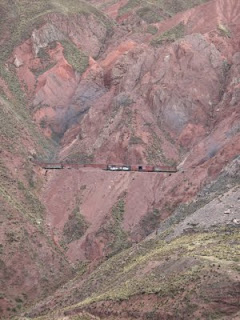 Below is a shot of me. I'm standing with my legs far apart, because we were dizzy. At this altitude, the air is thin and your legs get wobbly. Your body adjusts, but when you first get out of the car, it feels like your legs are made out of rubber. 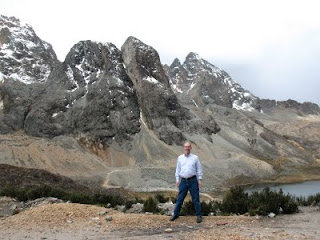