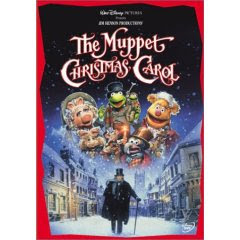 Bill: Charles Dickens? I think the Muppet's version of a Christmas Carol is one of their best movies. Having Rizo the Rat as one of the narrators is really funny.

SS1: No, no, no! It doesn't have anything to do with Charles Dickens. "Like the dickens" is a phrase meaning "a lot!"

SS1: No, a lot is a reference to quantity. Like the dickens means "a bunch" or "much."

Spanish Speaker #2: How much cream do you take in your coffee?

Email ThisBlogThis!Share to TwitterShare to FacebookShare to Pinterest
Labels: Lost in Translation