For a couple of years, we were able to feed up to 1000 kids three to five days per week in our poorest schools. Thankfully, the food was generously provided by two ministries: Fire Peru and Feed My Starving Children. Last year, while we were in the states, we had to close the feeding program. The mission of Latin America ChildCare is to transform the lives of children in need with the Gospel of Jesus Christ through education and ministries of compassion (like the feeding program). Closing the program down felt counter to our mission.

When we returned to Peru, we received good news. A container of food was available. It would be  enough food to feed the kids in our two schools in the jungle—but it would cost $4500 to get it out of the port. How were we going to pay for it?

We received a $500 donation last year, specifically marked for the feeding program. Ironically, when we received the donation, we had already closed the program. So, it was a prophetic faith-seed donation. But that left us $4000 short. We did the only prudent thing to do in that situation: close our eyes and jump. That’s right, close our eyes and spend money we don’t have on an expensive program we can’t afford. The reason I was willing to go out on a limb is that I know these kids personally. They’re not just pictures on a television screen. These are the kids that scream “Missionary Bill!” and run to hug me when they see me walking down their muddy jungle streets. 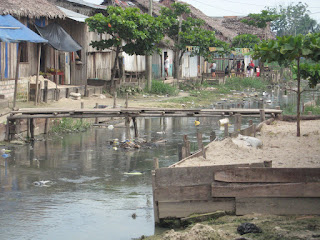 Three stories haunt me and motivated my decision to spend the money. The first is of a boy who grew two inches in two months. (That must have hurt!) The families in the jungle town of Iquitos only earn 71 cents per person daily. They are literally starving. 35% of the children in Iquitos suffer from stunted growth as a result of extreme malnutrition. He was one of them; but when his body got the nourishment it needed, it took off like a weed.

The second story is of a girl who gained ten pounds in one month. After finishing her own lunch, she went around eating the leftover food off of the other students’ plates. The teachers realized that she wasn’t eating anything at home. It reminded me of my father, who was a prisoner of war during WWII. He spent nine months in a prison camp on the island of Singapore. When the war ended, he weighed less than 100 pounds. He said that for years afterwards, he never felt like he could eat enough. That is what this young girl was going through. As soon as she got the chance to eat, she couldn’t stop. 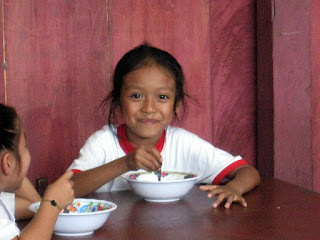 The third story comes from Doris—one of the teachers in Belen, the poorest neighborhood in Iquitos. She spoke with me as we were installing a computer lab in our school there. Doris thanked me for the feeding program and told me that before the program, the school did not have any behavioral problems with the kids. She said that they all sat in class quietly listening. But, when we started the feeding program, their behavior changed completely. They became like wild animals. They would not sit still. They talked in class. They were disorderly. She realized that before the feeding program, they did not have enough energy to be rebellious. They didn’t have enough energy to move. Once they started eating, their behavior changed and they became kids again. Her face was filled with tears and a smile as she declared, “Now they’re acting like kids are supposed to act!”

When we returned to Peru, I asked God to get the feeding program back up and running. As such, I was excited when I heard that we could have food this year, if we could pay to get it out of the port. A $4000 expense ($4500 minus the $500 I’d already been given) was not in the budget. But, what could I do? I thought about the kids with stunted growth and the ones who are too tired to play, and I made the decision to pay the money and feed the kids for one more year. On top of that, we paid another $3000 to buy Christmas gifts for the children who don’t have a Latin America Childcare Sponsor. The outlay of cash was making my Midwest conservative head spin right off my body! Having said that, let me now ask for prayer—that God would pay for it all. Pray that He would open the windows of heaven and confirm our decision to spend the money. And, if you feel God calling you to join us by making a special gift, please do so! You can make a special donation by clicking the donations tab on the top-left of the blog. Please send me a note, also, to let me know what the donation is for. Thanks! 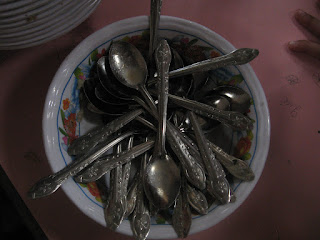