Recently, www.PCWorld.com ran a story about Nokia’s position in the smartphone market (http://www.pcworld.com/article/219107/burning_memo_from_nokias_elop_sets_stage_for_os_shakeup.html). It was very insightful and I want to comment on it. Everybody who owns an Apple iPhone is really proud of it (and with good reason). Others own a Blackberry or an Android phone. I have one friend who has a new Windows Phone 7—the latest offering by Microsoft. Nobody owns a Nokia anymore—except me. 10 years ago, Nokia was tops in the U.S  They still are in other countries—making up as much as 50% of the world’s cell phones—as much as all the other cell phone companies combined. Those are great stats. Nokia has a lead on everyone and an enviable distribution chain. What they lack is something worth distributing. They make great phones, including world-class smartphones; but they lack one thing—an ecosystem. Here’s an excerpt from a memo written by Nokia’s CEO, Stephen Elop.
"The battle of devices has now become a war of ecosystems, where ecosystems include not only the hardware and software of the device, but developers, applications, ecommerce, advertising, search, social applications, location-based services, unified communications and many other things," the memo says. "Our competitors aren't [concerned about] our market share with devices; they are [concerned about] our market share with an entire ecosystem. This means we're going to have to decide how we either build, catalyze or join an ecosystem … This is one of the decisions we need to make. In the meantime, we've lost market share, we've lost mind share and we've lost time.”
I have a great smartphone. It does all the stuff it is supposed to. But, it’s not part of an ecosystem. It just stands out there all by itself, doing phone stuff. It works great, when I need to talk on the phone. But it doesn’t do all the stuff that an iPhone or Android phone can do. For example, an iPhone or Android device can tell you how much is in your checking account at any moment. You can also use them to scan the barcode of a product and receive Consumer Reports’ evaluations. My phone could do those things too, but nobody is writing that kind of software for it. Nokia stands alone. Unfortunately, no matter how strong Nokia is (having huge market share and great products), they are getting smaller every day. They look strong for now, but they are getting weaker by the minute. The writing is on the wall for Nokia—join a team (an ecosystem) or die.
It is an analogy for life! It could be applied to almost any arena. Soldiers on the battle field must be part of a team. Lions and dogs hunt in packs to survive. Statistically, single people don’t live as long as married people. Students who study in groups get higher grades and have higher graduation rates. Human, animals, bugs and multinational corporations are stronger and last longer when they are part of team. It is the same for Christians. Christians who don’t belong to a church are in dire trouble. Sure, they may personally be able to quote the Bible; but if they’re not a part of a growing team, they’ll soon be picked off by the enemy. 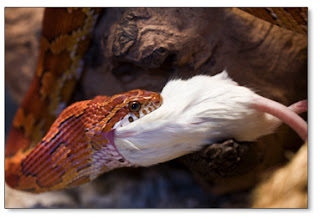 I’m watching Nokia the way kids watch a mouse in a cage with a snake. In this case, the mouse is really big; but it is nonetheless in grave danger. Someone is going to eat them for lunch.
Posted by Bill and Lena Shrader at 11:39 AM

Email ThisBlogThis!Share to TwitterShare to FacebookShare to Pinterest
Labels: Discipleship