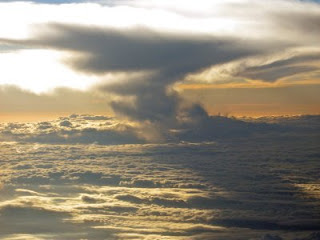 Our team coming from Cincinnati hasn't arrived yet. They were in the air, when a loud popping noise made the flight return to Atlanta. Please pray for them. They've been up since yesterday and are not scheduled to arrive until tomorrow.

Here's the CNN article on it:
ATLANTA, Georgia (CNN) -- A Delta Air Lines flight en route to Peru was forced to return to Atlanta, Georgia, after attendants heard a loud "popping sound," a Delta spokesman said. Flight 351 had taken off from Hartsfield-Jackson Atlanta International Airport shortly after midnight Sunday and was heading to Lima, said spokesman Kent Landers. Landers said attendants heard a loud popping noise when the plane was south of Fort Myers, Florida.
The pilot returned the plane safely back to the Atlanta airport about 2:45 a.m. ET. It was not 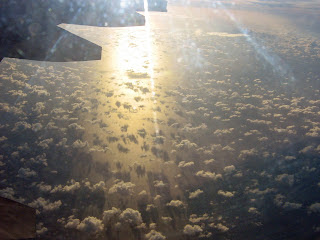 immediately known what caused the sound. Landers said passengers would be flown to Peru on a different flight.
(These pictures are from my last flight from Atlanta to Peru--possibly on the same plane!)
Posted by Bill and Lena Shrader at 9:37 AM